Review of 'Pages from the past: The 1910 Moscow trade expedition to Mongolia', by Elizabeth Endicott (Eng) 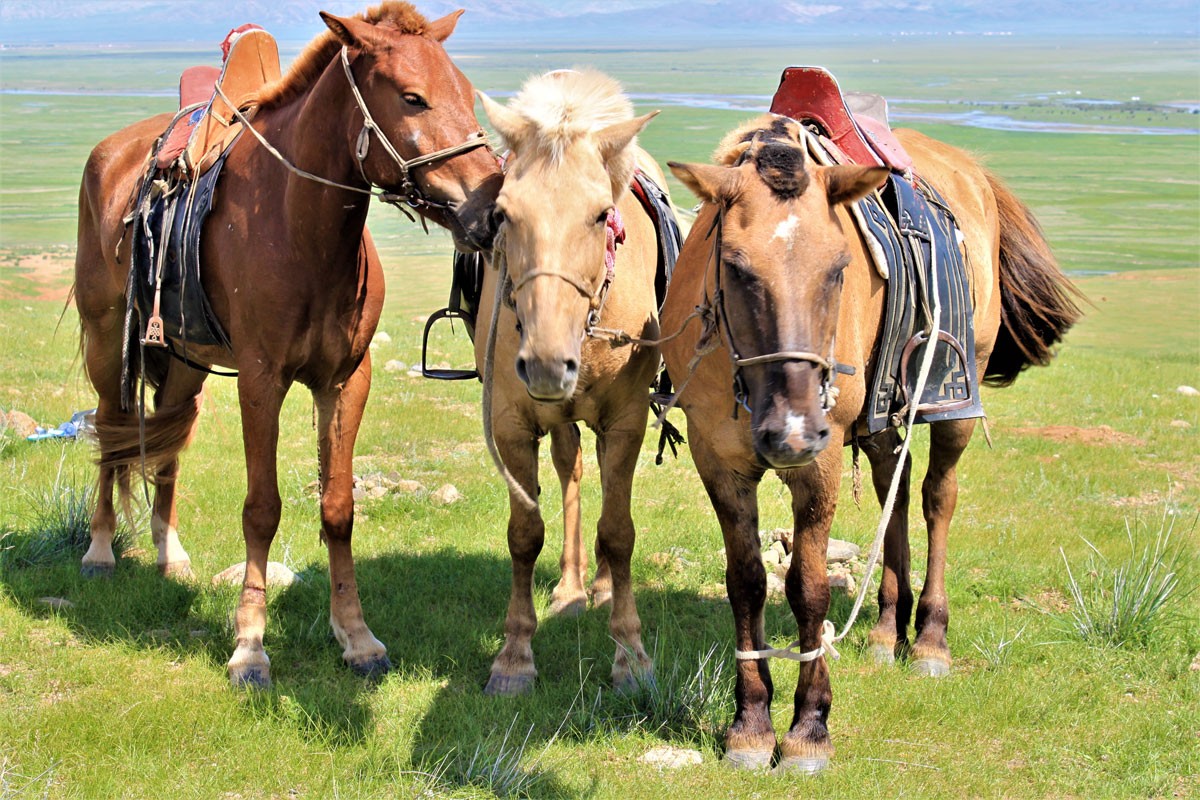 S. Undargaa’s note: I have publicly disseminated my review of this book only here at DRIMIA blog.

Beyond secure land tenure, strengthening pastoral institutions entails integrated management of production components: pastureland - management, livestock - production and marketing, and labor - movement and migration1. This is particularly important when the interdependence between private livestock production and markets have direct influence on pastureland use. Hitherto, it has been challenging for development experts to figure out how herders obtain sufficient benefits from livestock markets, improve livestock quality and reduce overgrazing on pastureland. This narrative, however, entails a deeper understanding of livestock markets and benefit distribution in its historical context; examining the ways in which Mongols obtained benefits from mobile pastoralism in the past. In 2007, Endicott published the book ‘Pages from the Past: The 1910 Moscow Trade Expedition to Mongolia’. This book has shed some light on the complexities involved in consolidating early twentieth-century pastoral and trade institutions, and their dependence on geopolitics. Under the Moscow Trade Expedition (MTE), Russian trade and industrial experts traveled throughout the northern, central, western and southern parts of Mongolia. They left behind diaries full of detailed observations on the Mongols, Russians and Chinese (Manchu and/or Chinese traders, who came from the Qing Empire, hereafter called Chinese) and their socio-economic, political and cultural phenomena, trading principles, behavior, manners and relations in Mongolia. Endicott’s book offers an immense opportunity to compare past and present processes of commodity chain2, unpacking access mechanisms and strategies, which different actors employed to gain, maintain and control benefits from natural resources with/out holding rights to natural resources3. In particular, these diaries provide a thorough portrayal of how the Chinese, in the absence of Tsarist Russian government support for their frontier trade operations, exploited political and economic advantages that they had over their neighbors at the expense of the Mongols. This status quo is disturbingly pertinent to a contemporary research theme – widespread debt embedded in all strata of society in Mongolia.

MTE travel diaries deliver vividly rich and detailed accounts of an important time period; turn of the twentieth century, right before turbulent reforms to modernize Inner Asia. First, Endicott sets the scene for the MTE, discussing the comprehensive history of nomadic states and mobile pastoralism in Inner Asia leading up to the early twentieth-century. In particular, the author elaborates on misleading and ambiguous notions and accounts surrounding environmental, geopolitical, religious and socio-economic factors, which contributed to the development of nomadic states and their governance in the region. Her emphasis on the resilience of mobile pastoralism, surviving Mongolia’s dynamic history and twentieth-century popular perceptions of the end of nomadism is still pertinent in our time. In the introduction to MTE,  as V.L. Popov and I.M. Morozov - authors/members of the MTE observed, changes began to occur to Mongolia soon after the introduction of farming practices by resettled Han Chinese, followed by modern banking, and trade and infrastructure development. Operation of Russian trade was shrinking with the exception that some ended up working as agents in the ever expanding, multi-layered, credit-based Chinese trading system, which essentially controlled Mongolia’s bridge to the outside world. Therefore, practically in the tone of the great game between Russia and China, the authors highlighted the future significance of Mongolia as a market destination for Russia in the midst of growing political instability in China. Although this chapter navigated the authors’ contemplation about one power replacing another power in controlling Mongolia, it no doubt established an essential foundation for examining the complex trading culture in pre-modern Inner Asia. Popov further provided (Chapter 2) that Tsarist Russian representation in Mongolia was equally insignificant in their role to deal with the Mongols, support Russian business operations, and expand its influence in Mongolia. Russian traders were focused on quick benefits by selling poor quality products, rather than learning about Mongols and meeting their market needs. In contrast, the Chinese made their influence practically inevitable and inseparable from the lives of the Mongol producers and Russian traders. Qing government provided statutory legal support to its individual traders and diplomats, and gradually strengthened their role as a regional monopoly in Euro-Asian export and import trading.

In particular, Morozov (Chapter 3) left behind a wealth of details on market and trade, for instance, the commodity chain of wool, and layers of issues surrounding deteriorating trade mechanisms for both Russians and Mongols. The Chinese pursued dominant policies over colonizing Mongolia by controlling Russians with restrictive rules and regulations in many aspects of trade, and by controlling banking and credit systems, the flow of money and silver, trade routes, and rights to pursuing land ownership. In contrast, Russian traders and Mongol producers imported raw materials from Mongolia employing a poorly developed legal (e.g., quarantine or custom), trade, and educational (language and economics) as well as infrastructural mechanisms and technologies. Morozov was also concerned with the creation of debt, which led to the Chinese and Russians taking Mongols for granted in the socio-economic and political strata. Moreover, the author presented some incredibly eye-catching details about Mongol nobilities’ opinions of Bogd Khaan (holy emperor)4 and his retinue, who imposed overwhelming expenses on banner (province) subjects; Chinese debt collecting schemes, which were reflected in confiscating banner pastoral properties and taking advantage of human subjects, or in shaping herders’ production outcomes; and issues of gender and education. Additionally, the author provided a great deal of observation on land tenure; crop cultivation and livestock grazing, differentiating jurisdictional power and authorities that existed in the past. Overall, Morozov’ accounts are by far very insightful for generations of those, who were taught alternative, subjective history under state-socialism5, and who were restricted to rigid ideas about contemplating ambiguous phenomena currently and in the past.

This book in its entirety is a valuable reference work containing an abundance of historical discussion of great significance, maps, photographs and a comprehensive list of endnotes for grasping the full context of its narrative. Referring back to these diaries is constructive in  addressing existing cycles of analytical traps in pastoral institutions. It contributes to examining the ways in which pastoral institutions survived political and economic upheavals, and provides clarification particularly when reinterpretation of historical ambiguity continues to serve one’s political purpose. In particular, one needs to weigh the purpose, adequacy and feasibility of MTE authors’ policy initiatives and recommendations e.g. on consolidating Tsarist Russia’s influences for the benefit of Russian traders and Mongols’ purchasing power. This opens up another avenue for broader inquiries as to why Tsarist Russia let trade relations become marginalized to deteriorated in Mongolia, and how to implement these measurements. Perhaps, answers to these inquiries lie in other unpublished chapters of the travel diaries. In other words, publishing the complete MTE report even in Russian, as was done for Simukov’s collection of diaries, would be of significant importance to the study of Mongolia and Inner Asia. 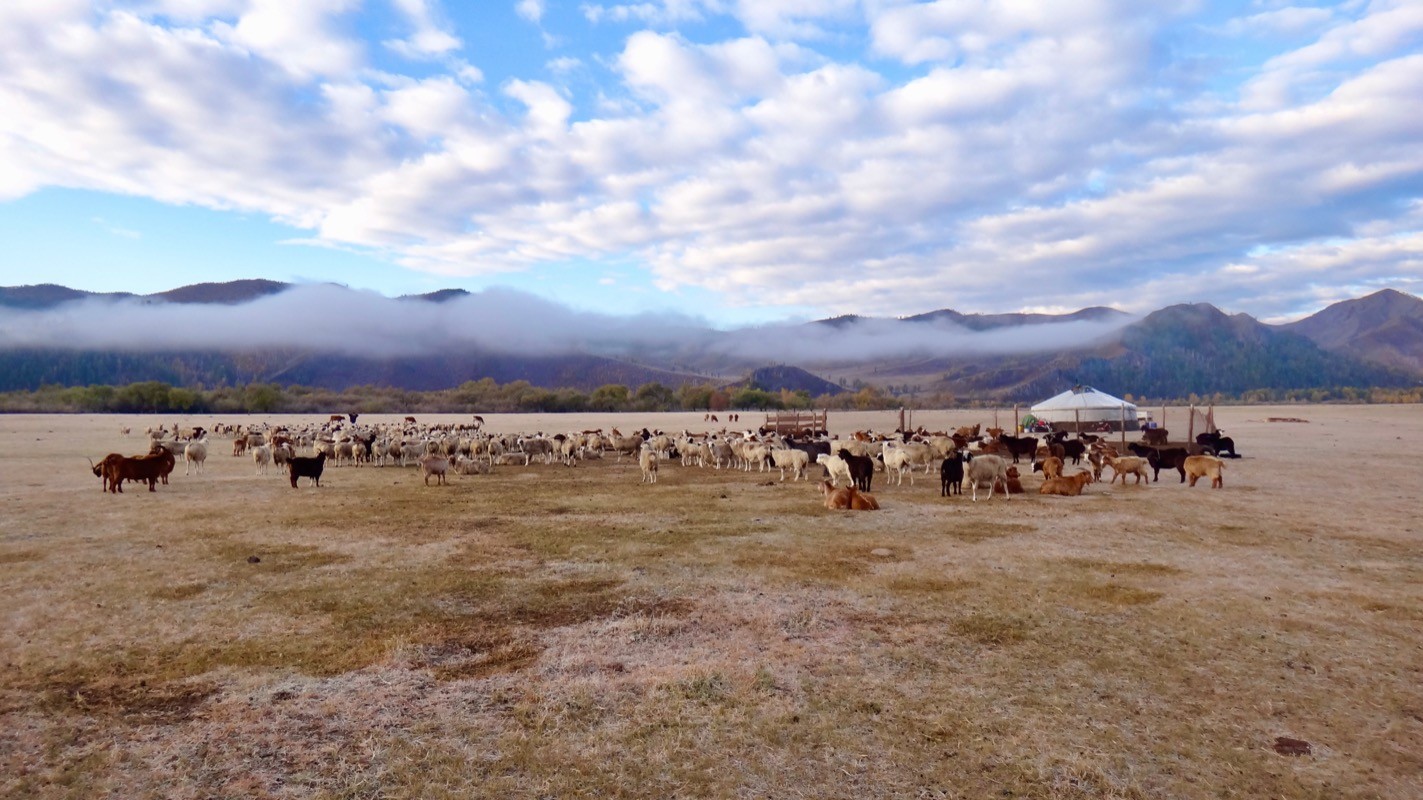 Nomad’s land: Herders, their animals and the landscape among the Mongols (Eng/Mon) 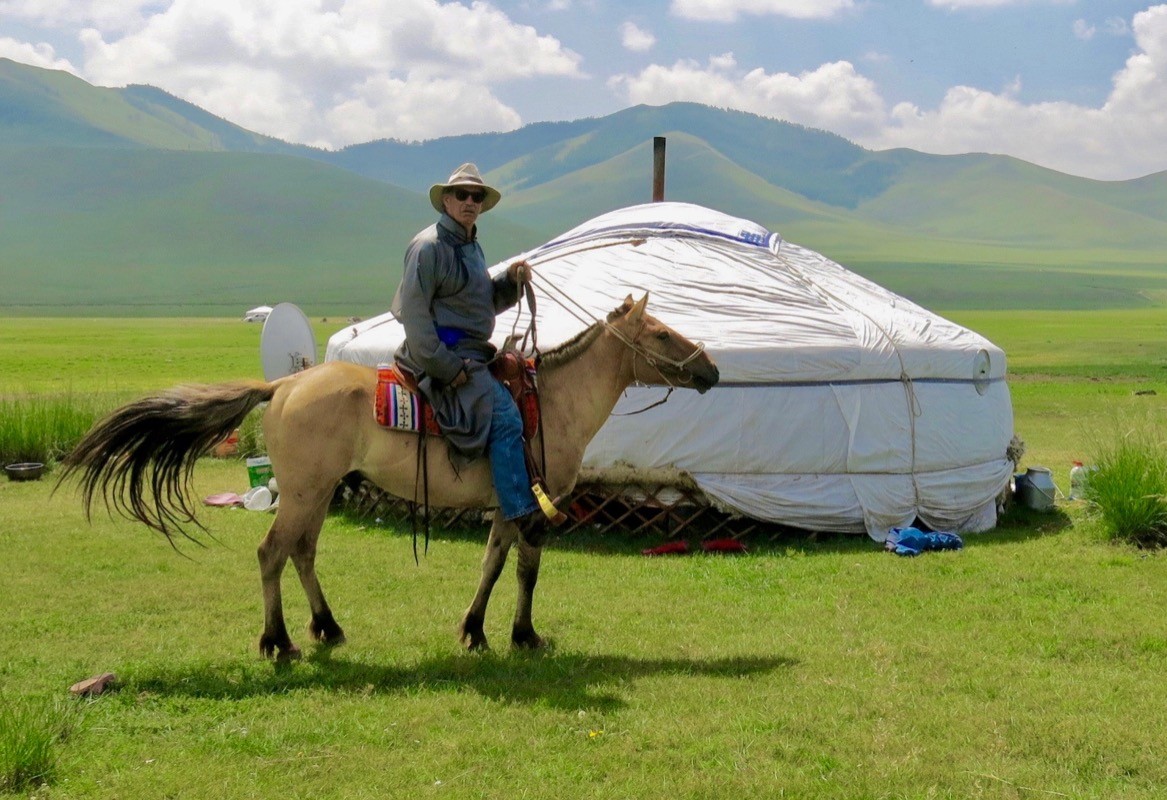 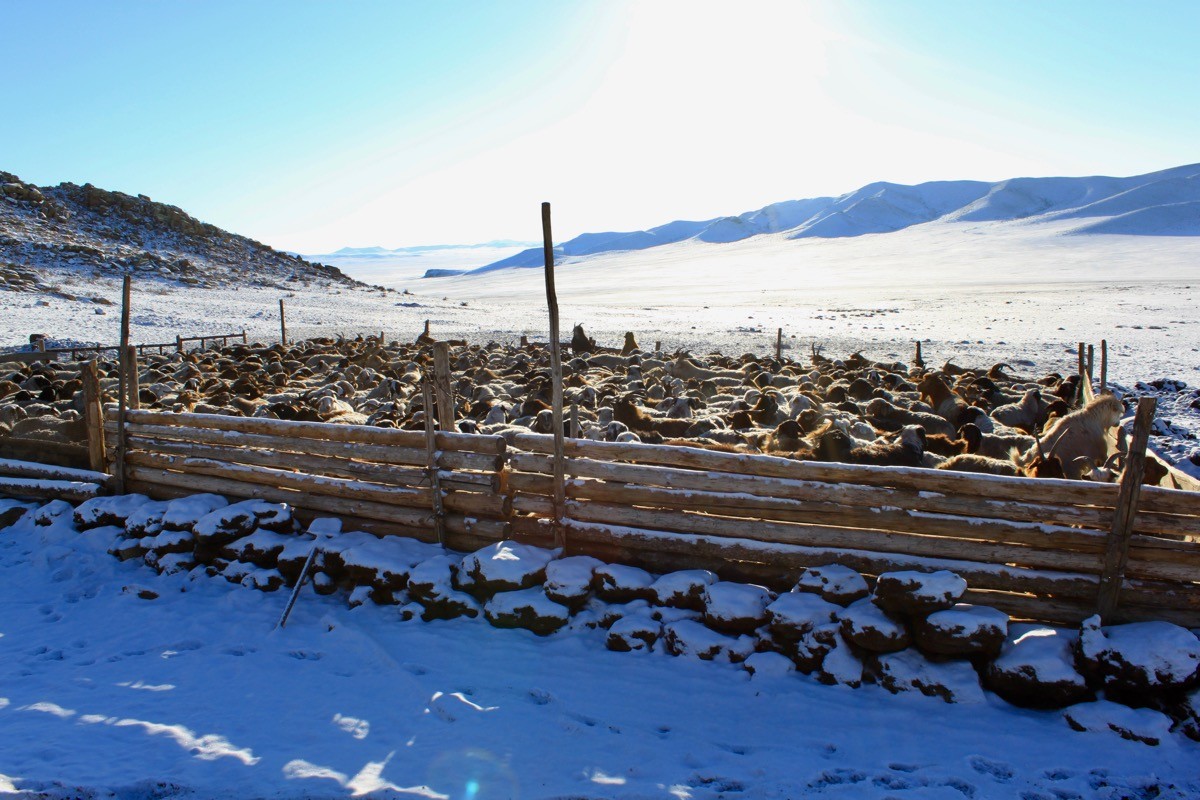 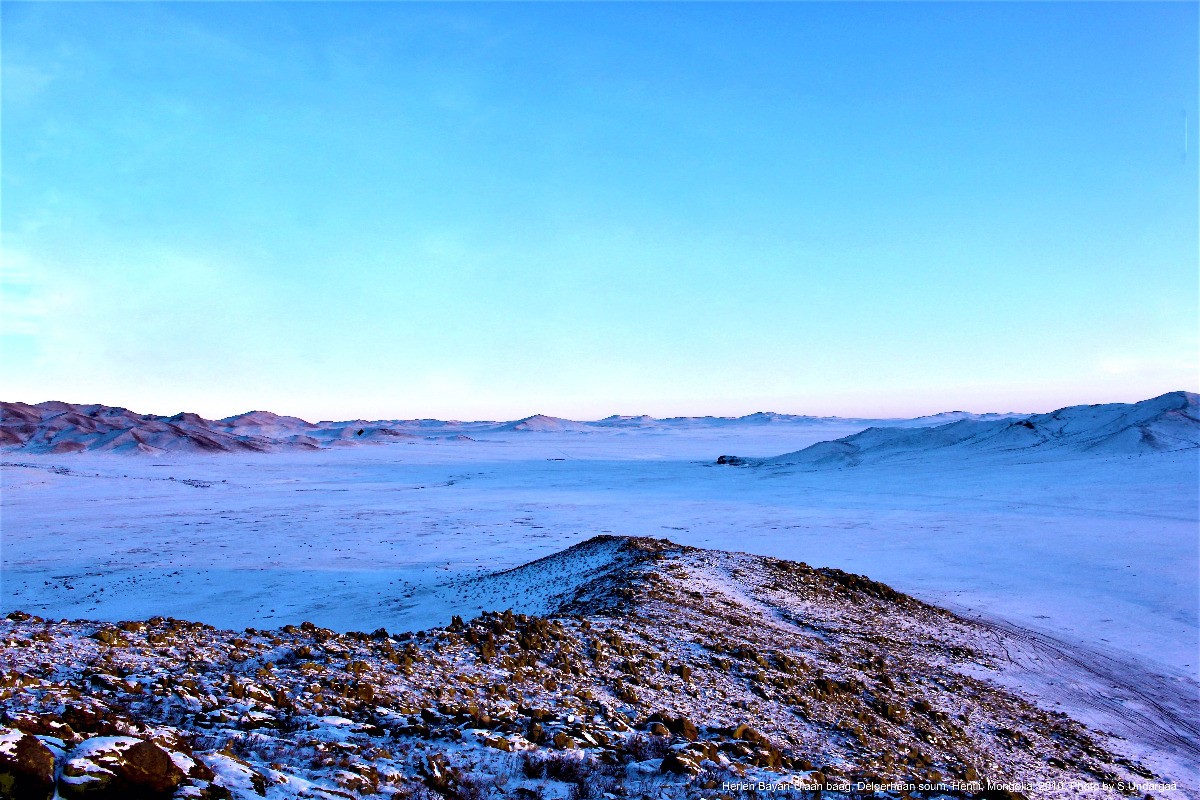 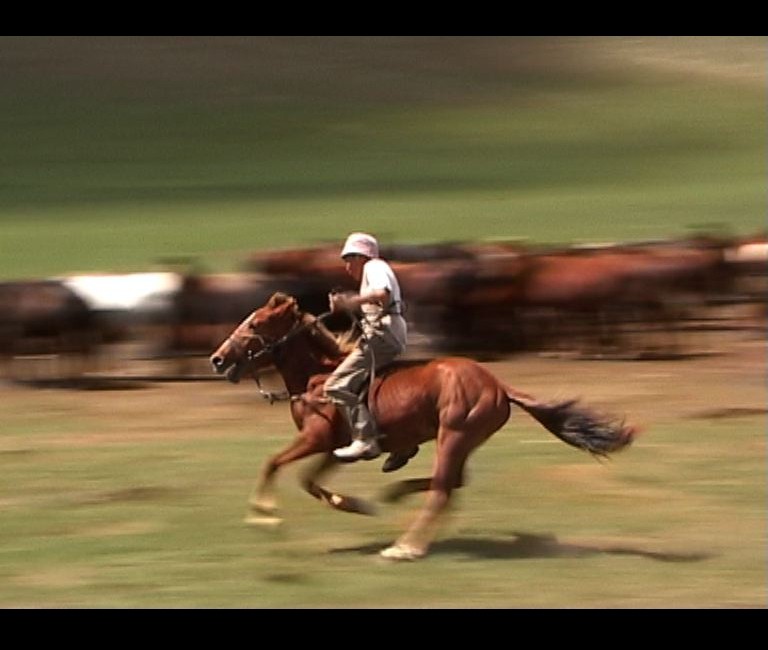